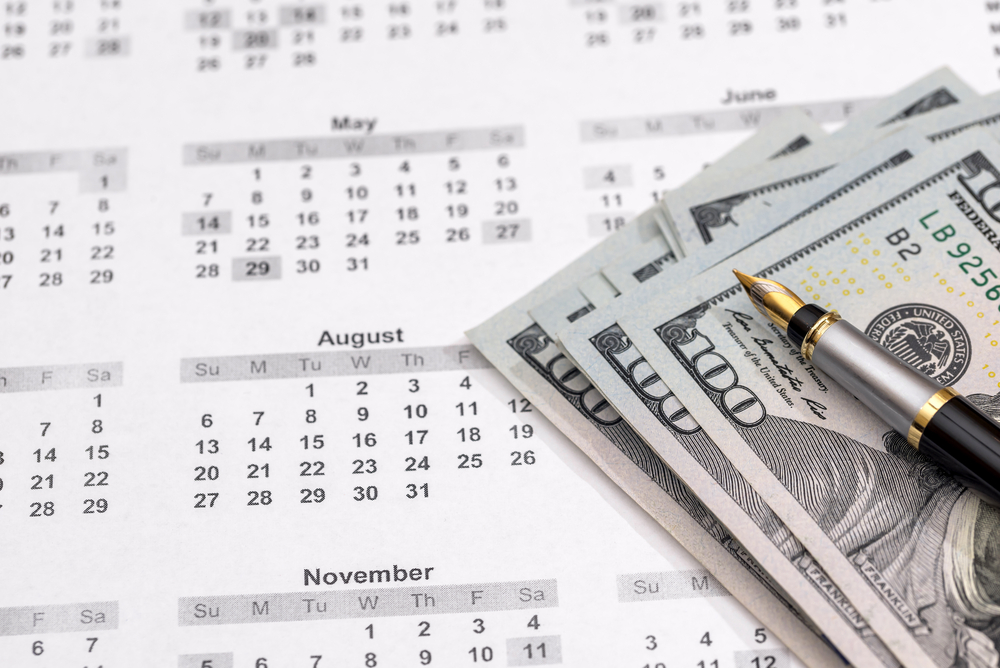 THE MONTH IN BRIEF
April saw the S&P 500 advance 0.27% as a new earnings season unfolded – one in which investors grew uneasy about rising Treasury yields, protectionism, and privacy concerns involving tech giants. While the financial media largely focused on those anxieties, good news also appeared. The latest consumer spending and consumer confidence data was solid. Home buying picked up as listings increased slightly. Oil rallied, and so did the dollar. Overseas equity benchmarks saw big gains, even as some economists wondered if the boom in global growth was fading. One of the major financial news stories of April broke only hours before the start of May: a postponement of the tariffs planned for imported metals.1

“If you don’t like something, change it. If you can’t change it, change your attitude.”

DOMESTIC ECONOMIC HEALTH
On the night of April 30, the Trump administration elected to delay the imposition of excise taxes on aluminum and steel imported to America from China, Mexico, Canada, Brazil, Argentina, Australia, and the European Union. Those tariffs were set to take effect on May 1, but they are now on hold until at least June 1.2

Consumer spending was strong in March, according to the Department of Commerce. Households devoted 0.4% more of their incomes to consumer purchases than they did in February (and household incomes rose 0.3%). Retail sales picked up 0.6% in March, quite a change from the 0.1% decline in February. The Bureau of Economic Analysis released its first estimate of first quarter GDP in late April: 2.3%.3

Do you have a child or grandchild with a direct federal college loan? That loan may qualify for the Department of Education’s Public Service Loan Forgiveness Program, which forgives loans for borrowers who have worked in public service for 10 years and kept up payments during that decade.

GLOBAL ECONOMIC HEALTH
Were seemingly healthy economies in Europe losing momentum? Investors, economists, and journalists noticed some deterioration in fundamentals. An index of German business confidence touched a low unseen in a year in April, echoing a drop in a broader eurozone index. Markit’s eurozone manufacturing PMI was 56.0 at last reading, but about five points lower than its late 2017 peak. The Baltic Dry Freight Index, a barometer of shipping activity, fell to an 8-month low in April. The yield curve for government bonds has been flattening in western economies, a signal of more pessimism than optimism. Still, some analysts call these declines seasonal, reflective of rough weather in the Northern Hemisphere, a harsh flu season leading to more sick leave, and holidays arriving early on the calendar.7

Growth forecasts for the key Asia-Pacific economies still look bright. As an example, take the Asian Development Bank’s projections. The ADB sees economic expansion of 7.3% in India this year, 6.6% growth in China, better than 5% growth in Malaysia, and Thailand’s economy developing at better than 4%. It did cite tariffs as a risk, but emphasized that they had yet to affect trade. Speaking of tariffs and trade, the E.U. requested a permanent exemption from U.S. import tariffs as May began. It has threatened to levy taxes on €2.8 billion of U.S. exports if the Trump administration’s planned excise taxes take effect.8,9

Suzanne, a hair stylist, says that given the choice, she would prefer to cut and style the hair of two redheads instead of one brunette. She says there is a logical reason why. What is it?

REAL ESTATE
The March home buying numbers were positive. Existing home sales improved 1.1% as inventory finally grew a bit (there was still just 3.6 months of supply available). The median sale price of an existing home rose to $250,400. Resales were still down 1.2% year-over-year, according to the National Association of Realtors. New home buying rose 4.0% in March, the Census Bureau stated; that took them to a 4-month high and put the year-over-year sales gain at 8.8%, with the median sale price up 4.8% in 12 months.14,15

The latest S&P CoreLogic Case-Shiller house price index recorded a 6.3% annual advance through February, exceeding the 6.1% year-over-year gain of a month before. Groundbreaking increased 1.9% in March and building permits rose 2.5%; in February, both indicators were in the red. The NAR’s pending home sales index rose 0.4% for March.3,4

Indices are unmanaged, do not incur fees or expenses, and cannot be invested into directly. These returns do not include dividends. 10-year TIPS real yield = projected return at maturity given expected inflation.

Will investors “sell in May and go away” in 2018 when they have already been selling? Maybe not. Over the last 20 years, the S&P 500 has advanced 70% of the time during May-October, with the mean gain being 1.2% across those six months. Who knows, perhaps greater spring and summer gains than that await. Mid-term elections are ahead, though, and since 1950, the average May-October return for the S&P 500 has been nearly flat in such years. Consider all this history with a few grains of salt, as the past cannot predict future performance. What happens with tariffs, trade pacts, and Syria and North Korea could influence investors enormously in May. In fact, those developments could even set a tone for the market across the next few months. Investors may proceed cautiously this month as they wait for uncertainties to resolve.21